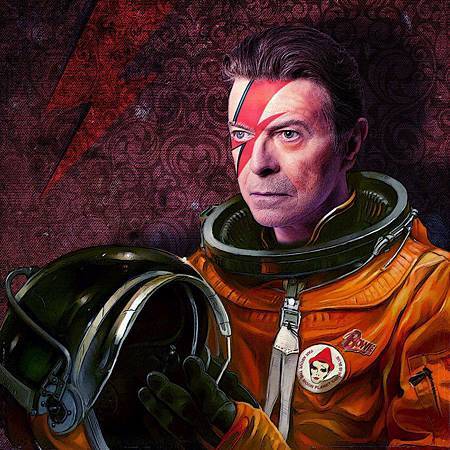 When the world was saddened by his passing on January 10, 2016, millions probably played this song to remember Major Tom.  I was one of the people who played the song that night. But I wondered if his fans would find the song sounded "very different" "on the day he died." I wasn't part of his fandom then but the song still got me, with its hauntingly beautiful melody and lyrics.

“It was picked up by the British television, and used as the background music for the landing itself. I'm sure they really weren't listening to the lyric at all (laughs). "
「這首歌被拿來用在搭配登陸月球的轉播，但我猜電視台一定沒注意聽歌詞在說什麼（笑）。」

"It wasn't a pleasant thing to juxtapose against a moon landing. Of course, I was overjoyed that they did. Obviously, some BBC official said, 'Oh, right then, that space song, Major Tom, blah blah blah, that'll be great.' 'Um, but he gets stranded in space, sir.' Nobody had the heart to tell the producer that.”
「拿這首歌來搭配登陸月球實在有點不對勁。當然，當初這首歌被選中時我高興的不得了。某個BBC的長官說：『對啦，就用那首太空的歌，湯姆少校什麼的那首，一定很棒。』沒有人敢跟製作人說：『呃，不過最後他滯留太空了，長官。』
-- Bowie on Space Oddity, 2003

Written and released in 1969, Space Oddity was Bowie’s first hit in the UK chart and one of his most well-known songs around the world. The song was inspired by Stanley Kubrick’s 2001: A Space Odyssey, and it was never about moon landing, as Bowie said himself. Judging from his whole body of work, Bowie was never that kind of artist who would write something to celebrate the “glory” of space missions.
〈Space Oddity〉是在1969年創作和發行的，那首歌也是鮑伊第一首暢銷單曲，登上了英國排行榜第五名，也是他最廣為人知的一首歌之一。這首歌的靈感來源是庫柏力克的《2001太空漫遊》，而且根據鮑伊本人的說法，這首歌跟登陸月球一點關係也沒有。從他的整體作品來看，他從來都不是那種會寫歌來榮耀太空任務的藝術家。

Apart from being released as a single, it was also the opening track of his second album David Bowie. But the album didn’t get much attention despite success of the song. In 1972, after Bowie (or Ziggy?) became a larger-than-life alien rock star, the album was reissued and renamed after “Space Oddity.”
除了以單曲發行之外，〈Space Oddity〉也是他第二張專輯《David Bowie》的第一首曲子；不過這張專輯並沒有因為〈Space Oddity〉的成功而得到關注。等到1972年鮑伊（或說Ziggy?）以外星搖滾明星之姿席捲英國之後，這張專輯又重新發行，更名為《Space Oddity》。 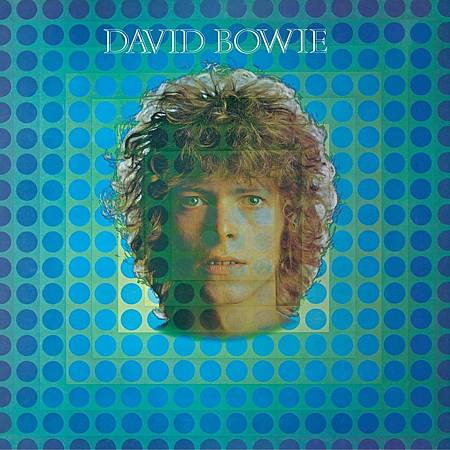 This album is quite different from the glam rock Bowie that people are more familiar with. Just picture Bowie in hippie style singing folk rock, playing acoustic guitar, then you’ll get the idea.
這張專輯跟大家所熟悉的「華麗搖滾鮑伊」很不同。這樣說好了，你就想像一個嬉皮風的鮑伊彈著吉他，唱民謠搖滾，差不多就是那樣的感覺。

Busy living, but not too busy